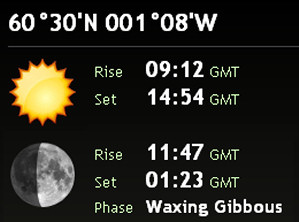 This far north the days shorten until the 21th of December. So today is officially the shortest day of this winter. Not to cold but very windy indeed. And more to come over the weekend. Hopefully not as bad as X-mas last year when on the 24th the we had an official wind force 12 recorded in Ulsta, Yell. And these high winds took out the power supply which was not restored until 36 hours later, at the end of boxing day.
Personally I don’t mind the weather to much. Although, wind and walking do not go together well. So it back in front of the fireplace enjoying the burning peats (turf) I cut in spring.
Prettige feestdagen en een voorspoedig 2013!