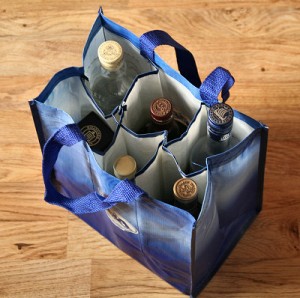 There is  first for everything. So moving abroad means I have a lot to learn.  Traditions and customs are still a major part of every day life on Yell. And there is no book that tells you what is what. So occasionally I put my foot in the wrong way. Take for instance beach combing (jutten). I once came across an interesting bit of jetsam (“flotsam and jetsam”, stuff that washes up on shore) that sat high above the high tide mark. As the tide could not have trown it up on the beach that high someone must have already put it there.  So I should not have taken it home. As you put something above the flood-line it is considered technically yours, just waiting for you to pick up…..

And NewYear’s eve 2011 something else again. Friends turned up carrying in a bag full of bottles. “Where are your shot-glasses (borrelglaasjes…)” they asked. I had no clue. Turns out that when visiting friends around new year it is custom to bring drinks and offer your friends a drink wishing them well for the new year. In return you then poor your friends a glass. So you can’t get away with less then at least two small shots of a high spirited liquor of some sorts. You do have to offer a range of drinks. I’ve seen carrier bags with as many as 10 different bottles. This year was particularly bad as word on the grapevine was that our friendly female policewoman was off the island on duty elsewhere. Maybe a good idea to make Yell into a one-way circular circuit for the next newyear….