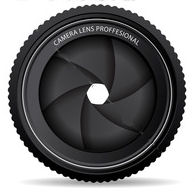 After handing out over 50 business cards with my details traffic on my website increased. With just a basis host account the data-limit of 7 GB per month of traffic was exceeded to an excess of 20 Gb a month. That resulted in a hefty additional bill. So I took all the photos off-line. Regretting this I have now uploaded all 15 years worth of blogged photographs onto Google’s Picasa free web galleries. So if you have missed or maybe even never have seen my history of traveling to the Shetlands, be inspired and have a look!

For an overview of available albums, visit Picasa (click).