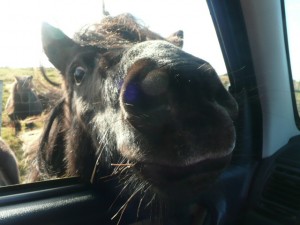 October is the start of the dark season. It also is the worst time for otters. In 2009 21 otters were killed on Shetland roads of which most on October. As the days get shorter most animals find it harder to cross roads, confused by the bright headlights.

After only three months my car has run over 1 hedgehog, 3 rabbits and 1 polecat. Fortunately I have been able to avoid sheep (in great numbers), pony’s and one late evening pulling into my driveway one wandering otter.

Roadkill itself is another risk for those animals that feed of the carrion. Black back gulls are notoriously slow and can be found close to a dead rabbit. Crows and hooded crows are a bit smarter and do a great job clearing up the remains of killed animals.

Sheep in general do great damage to cars. Don’t be surprised if you run up an 800 pound bill for fenders and headlights. Strangely enough you get to know your sheep. But a moderated speed is always wise while driving at night. Drive as fast as you can stop within the distance of the road you can scan ahead. As you most likely won’t kill a sheep cleanly you also should inform the nearest crofter to help you put the injured sheep out of its misery.

Rabbit, when hit cleanly, can be the basis of a great stew. Not many people do but those who do take the roadkill home can’t see why one would not do so.

Hedgehogs don’t squash very well. Hitting them feels like hitting a rock. And it always makes you feel sad, they are so friendly and cuddly. 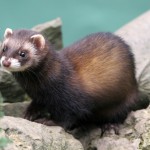 Polecats are relative to the weasel family, introduced at some point to Shetland to keep rabbit numbers down. The look like a miniature bear, very cuddle indeed

Pony’s are rarely hit by cars. They are very well behaved on the roadside and if you stop some will come up to your car to say hello. A strange experience indeed.